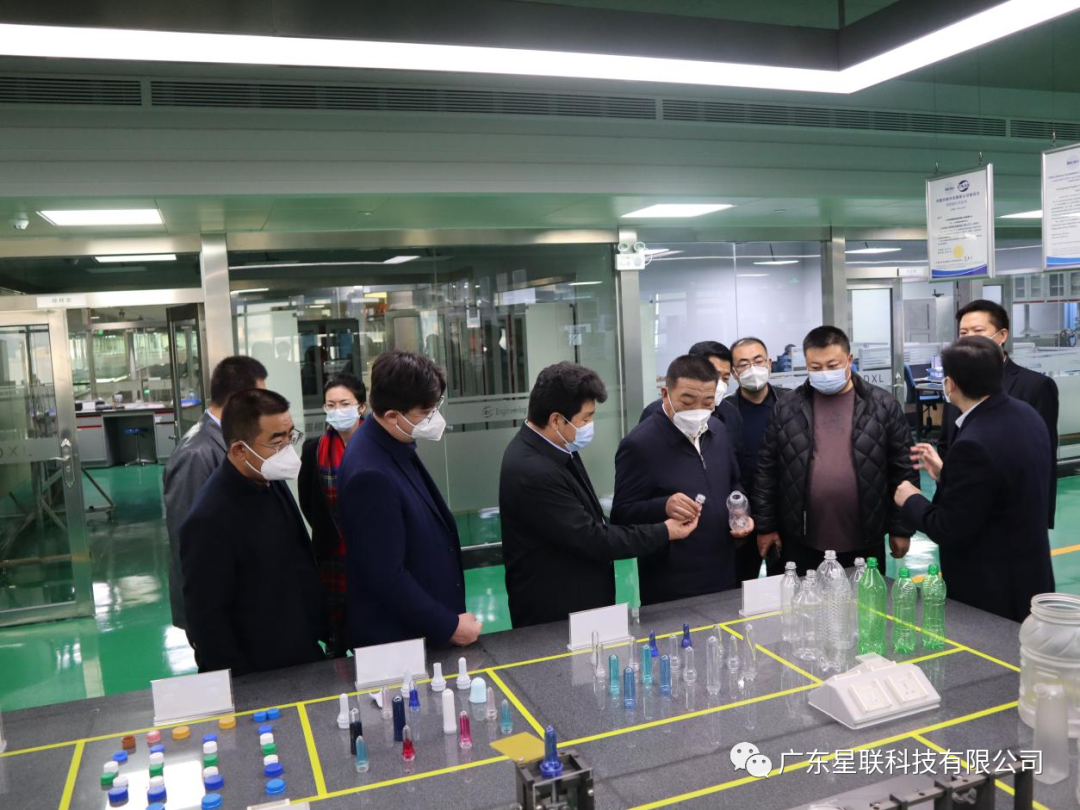 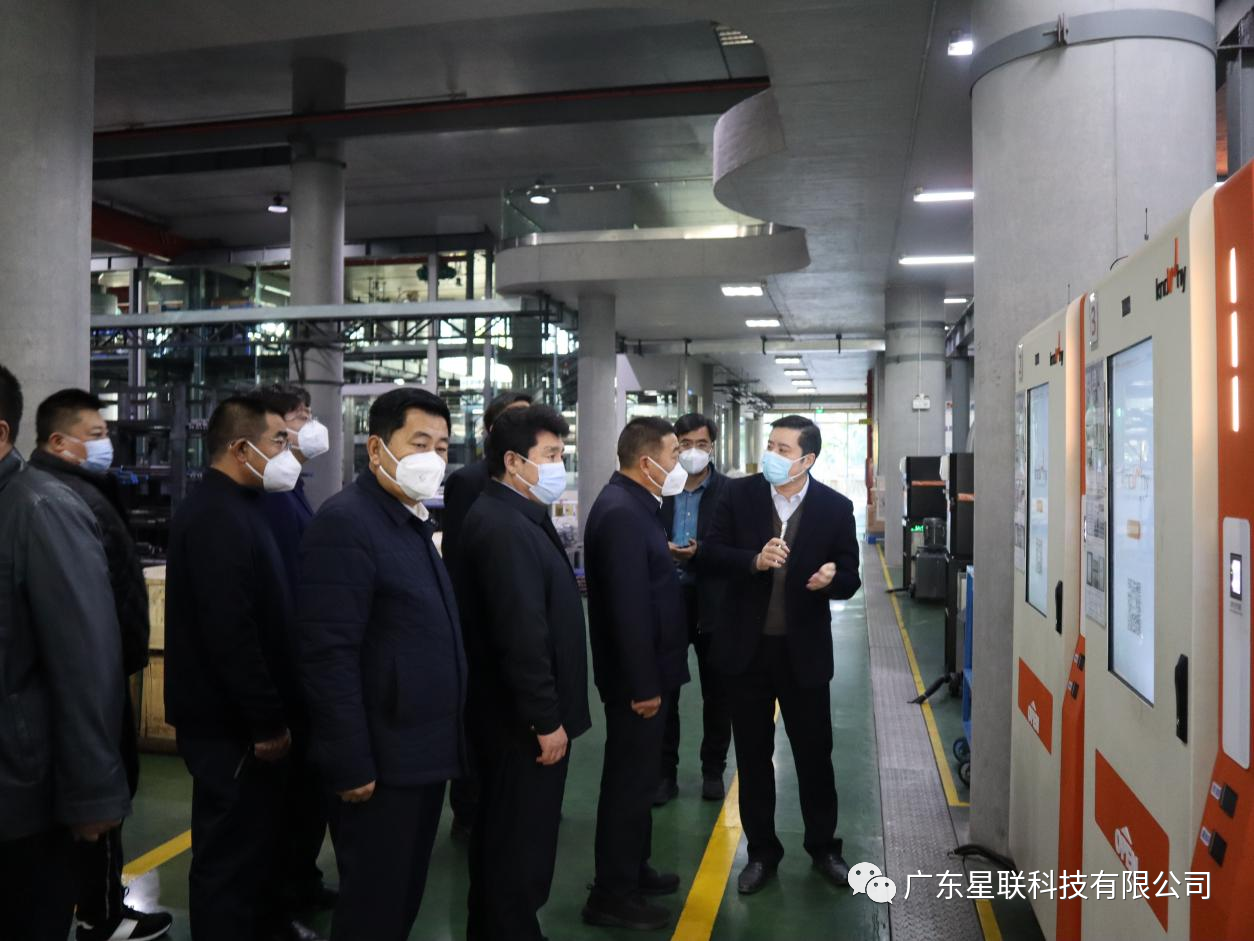 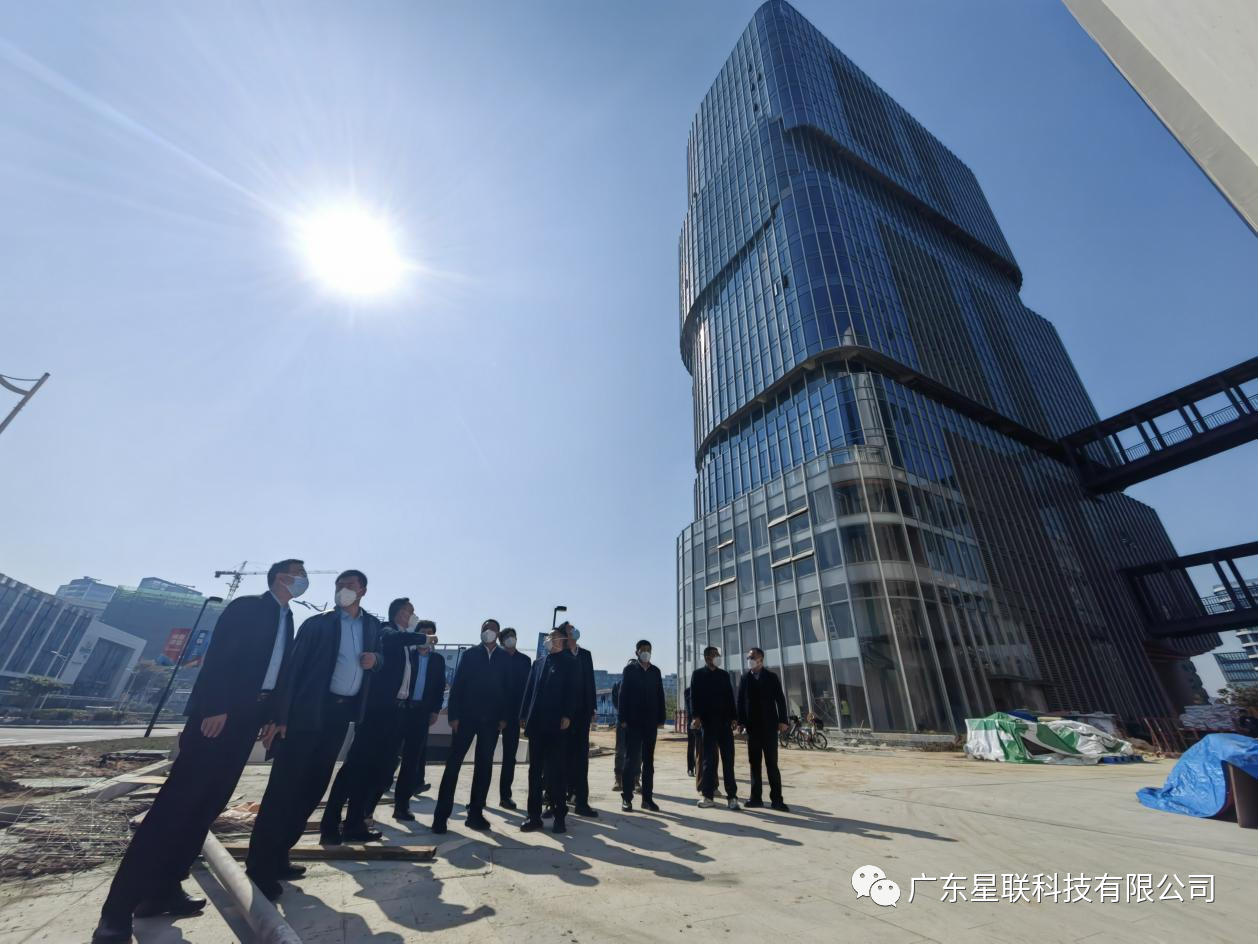 Accompanied by Tan Chaohao, the general manager of Guangdong Xinglian Technology Co., Ltd., Ma Xinzhen and his party inspected the exhibition hall, production workshop and testing center of Xinglian on the spot, and understood the development history, production scale and product types and uses of the enterprise in detail. Zhang Weiming, Chairman of Guangdong Xinglian Technology Co., Ltd., Wang Wenbo, Chairman of Shenzhen Qianhai Dayi Investment Fund Management Co., Ltd., and Secretary Ma Xinzhen and his party had a discussion and exchange on deepening the cooperation between enterprises and regions 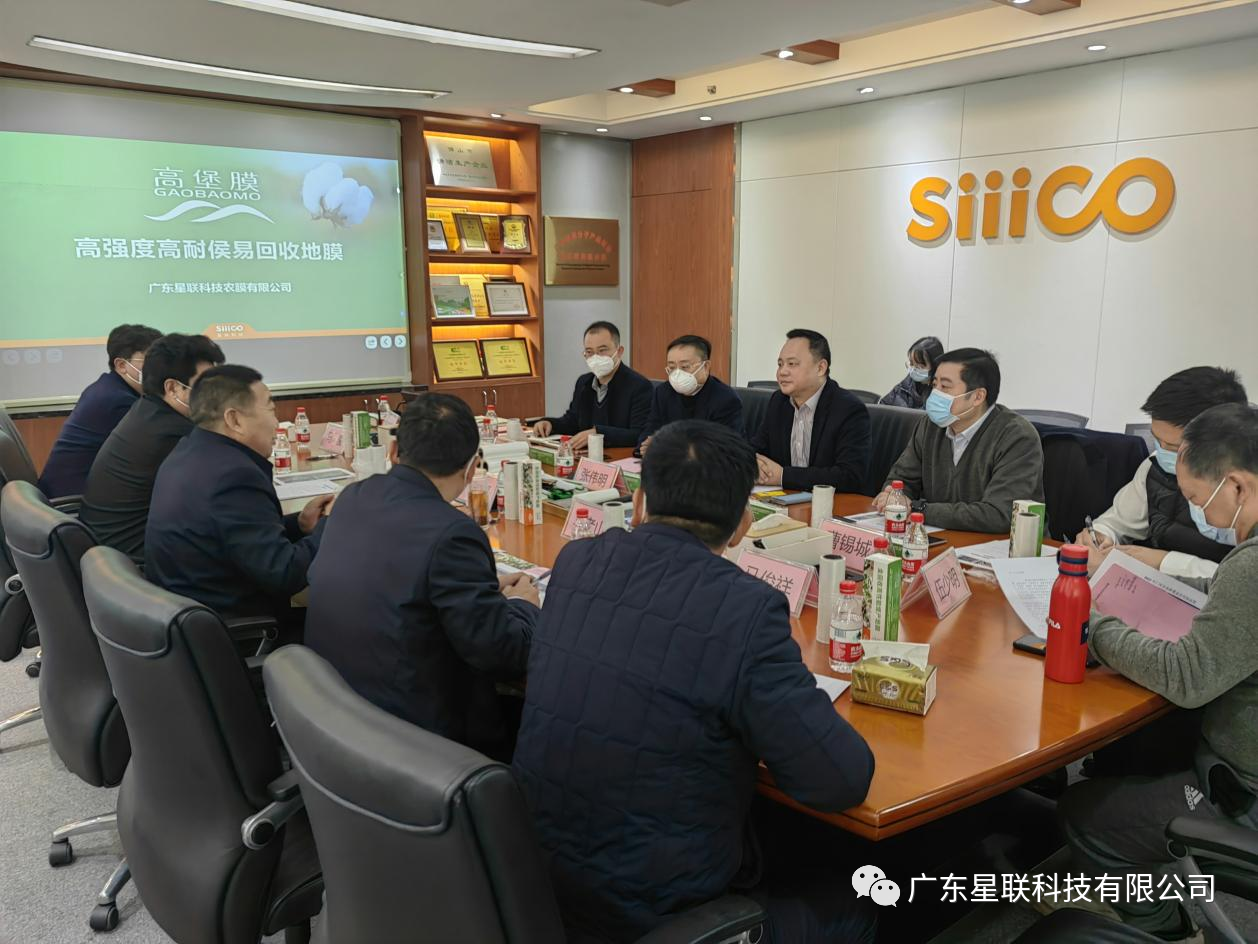 Zhang Weiming said that Star Link Technology developed“ High strength, high weather resistance and easy to recycle plastic film&rdquo& mdash;& mdash; Gaobao film products have been successfully launched in Xinjiang, creating the country's first recycling industry model project aimed at solving the white pollution of plastic film and building a beautiful countryside, which has gone through a hard six-year process. In response to the current national policy, it can be concluded that one of the most important aspects of the country's treatment of residual film pollution in the future is the direction of high intensity full recovery. Starlink Technology is willing to promote and popularize the Gaobao film recycling industry chain nationwide in the form of scientific and technological products and industrial landing to help food safety, ecological safety and rural revitalization
Ma Xinzhen said that the promotion of easy-to-recycle plastic film is a livelihood project to practice the concept of green development and protect green waters and mountains, which is of great benefit to the present and the future. Guanghe is a large traditional agricultural county. Dry farming has achieved full coverage of suitable planting areas, and there is a large demand for high-strength, weather-resistant and recyclable plastic film. The Gaobao film products and recycling industry chain of Xinglian Technology Agricultural Film Co., Ltd. are highly compatible with the development of Guanghe industry. The two sides have a broad prospect of cooperation. We hope that enterprises can give full play to their own product and technology advantages, and go to Guanghe for field investigation, investment and construction, and seek common development 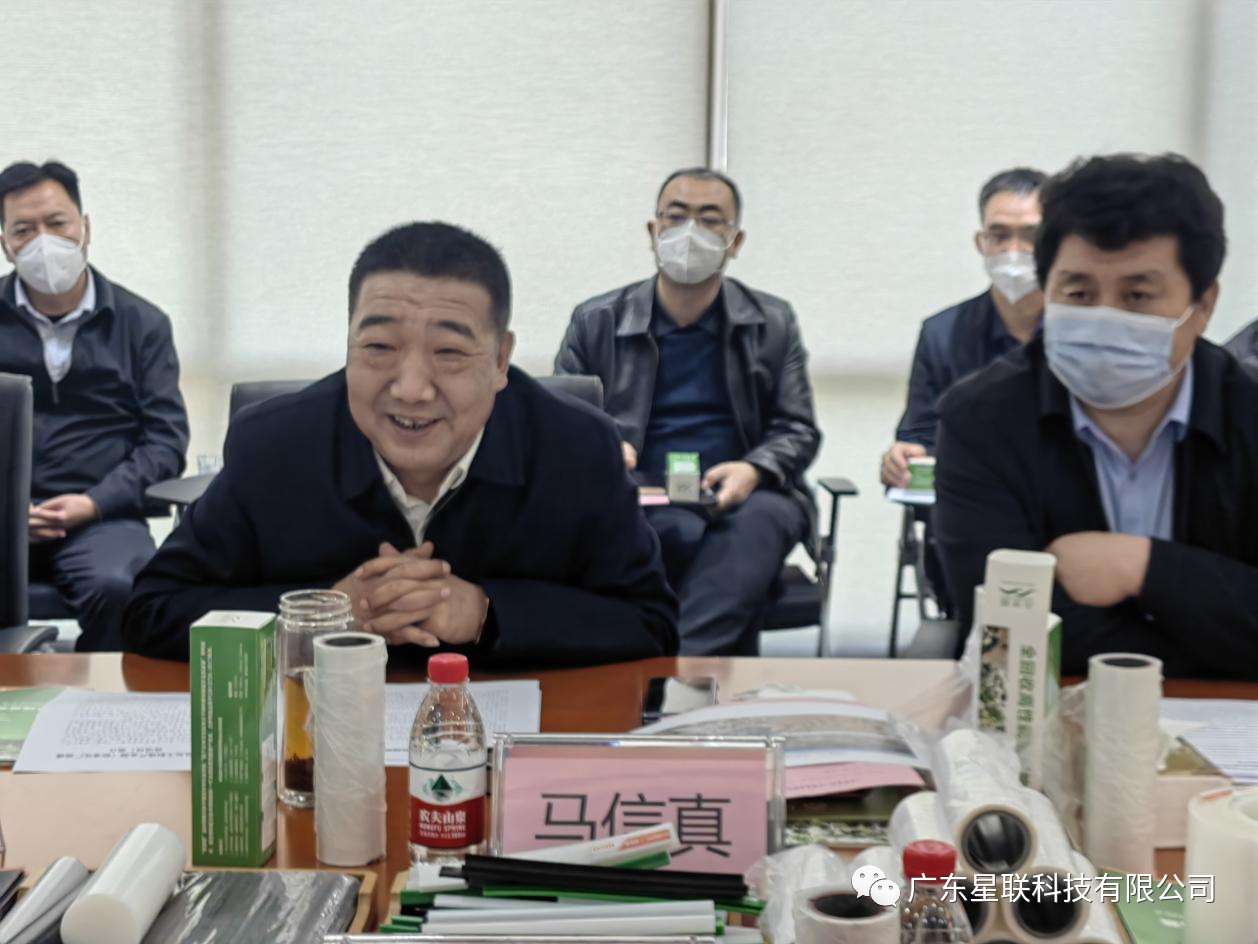 Guanghe County belongs to Linxia Hui Autonomous Prefecture of Gansu Province, and is located in the Loess Plateau of Longxi. It is an agriculture-based county. In 2011, Guanghe County promoted the cultivation of 336000 mu of dry farming agriculture, and took the lead in realizing the full coverage of suitable planting areas for dry farming agriculture in Gansu Province, which was rated as“ National Advanced County of Grain Production”, According to the field measurement of the expert group of Gansu Provincial Department of Agriculture and Animal Husbandry, the average yield of full-film corn per mu is 831.6 kg, and the average yield per mu is 225.8 kg. Only the dry farming extension, Guanghe County increased the yield of corn by 63700 tons, with a total increase of 150 million yuan, and a per capita increase of 700 yuan 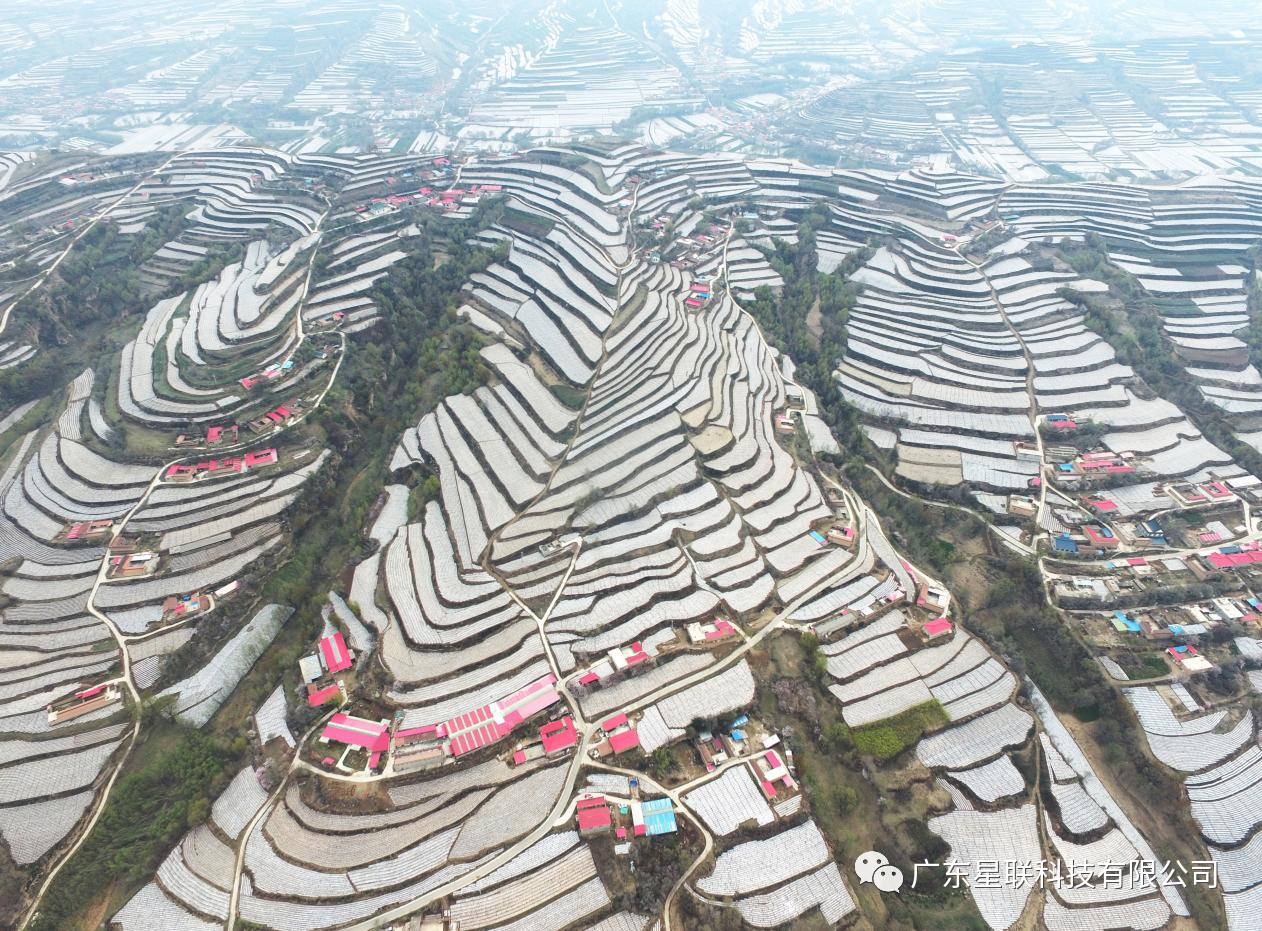 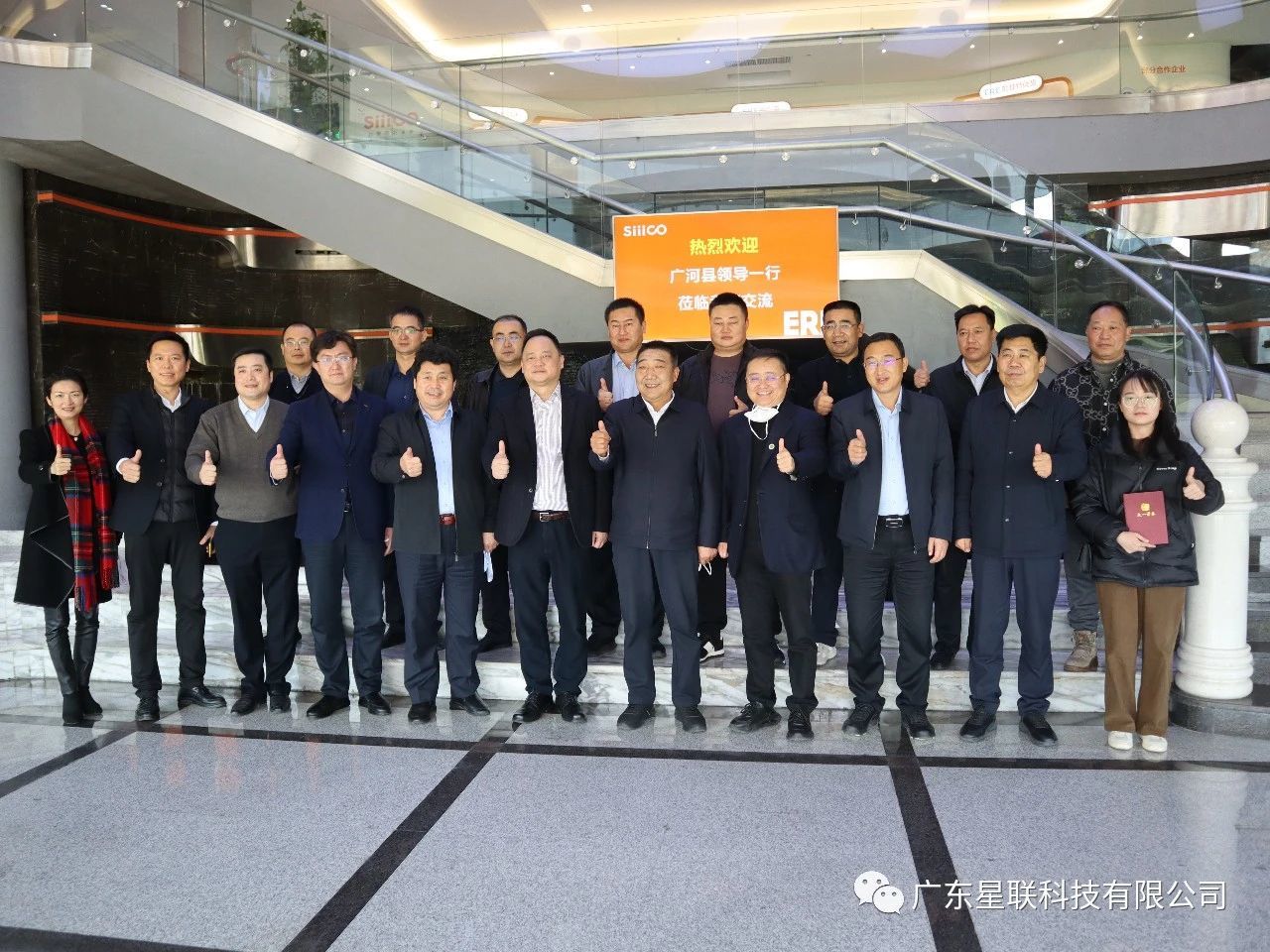 Siiico Technology, together with Northwest University of Agriculture and Forestry Science and Technology and Yangling Demonstration Zone, has created a new pattern for the promotion and development of Gaobao membrane