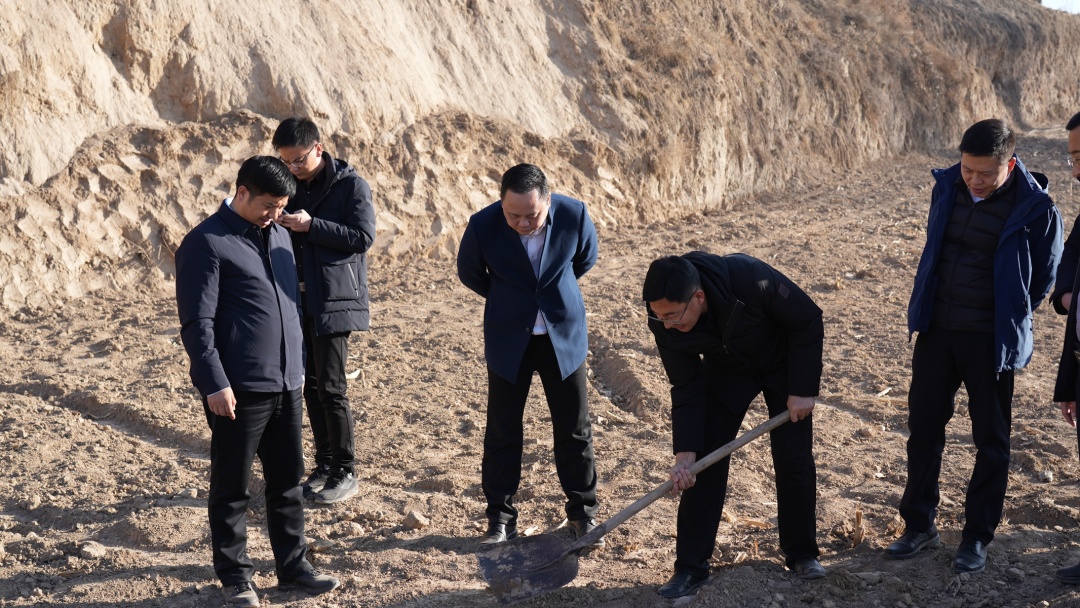 In Guanghe County, Linxia Prefecture, Zhang Weiming and his party received a warm reception from Ma Xinzhen, the secretary of the county party committee. Accompanied by Ma Zhongshan, the deputy secretary and head of the local county party committee, and Ma Xiaoshan, the deputy secretary of the county party committee, they inspected the local plastic film planting and industrial park construction. As a national dry farming demonstration county, more than 80% of the 420000 mu of cultivated land in Guanghe County is mainly planted with corn. In recent years, the county has promoted the technology of full film double ridge and furrow seeding in dry farming agriculture to plant corn, achieving basically full coverage of suitable planting areas, with an annual use of 2100 tons of plastic film.

Linxia Prefecture is mainly based on agricultural production, with an area of 1.9575 million mu of cultivated land, mainly planted with corn, wheat, potato, rape and other crops. Because it is located in high cold and humid, dry and semi-arid, with less annual precipitation, agricultural film covering technology is widely spread in Linxia counties (cities), especially in the full film double-ridge furrow planting and the promotion of high-efficiency energy-saving solar greenhouse technology, which can save water and increase efficiency in Linxia The realization of sustainable income increase of farmers has brought huge benefits. In 2019, the amount of plastic film used in Linxia reached 11623.6 tons. However, while the popularization and application of a large number of agricultural film technologies in the dryland agricultural planting areas in Linxia have brought about an increase in agricultural production and income, the common plastic film is extremely fragile and difficult to recover, which also causes a large number of waste agricultural film and residual plastic film pollution, which poses a huge threat to the agricultural environment and agricultural sustainable development. 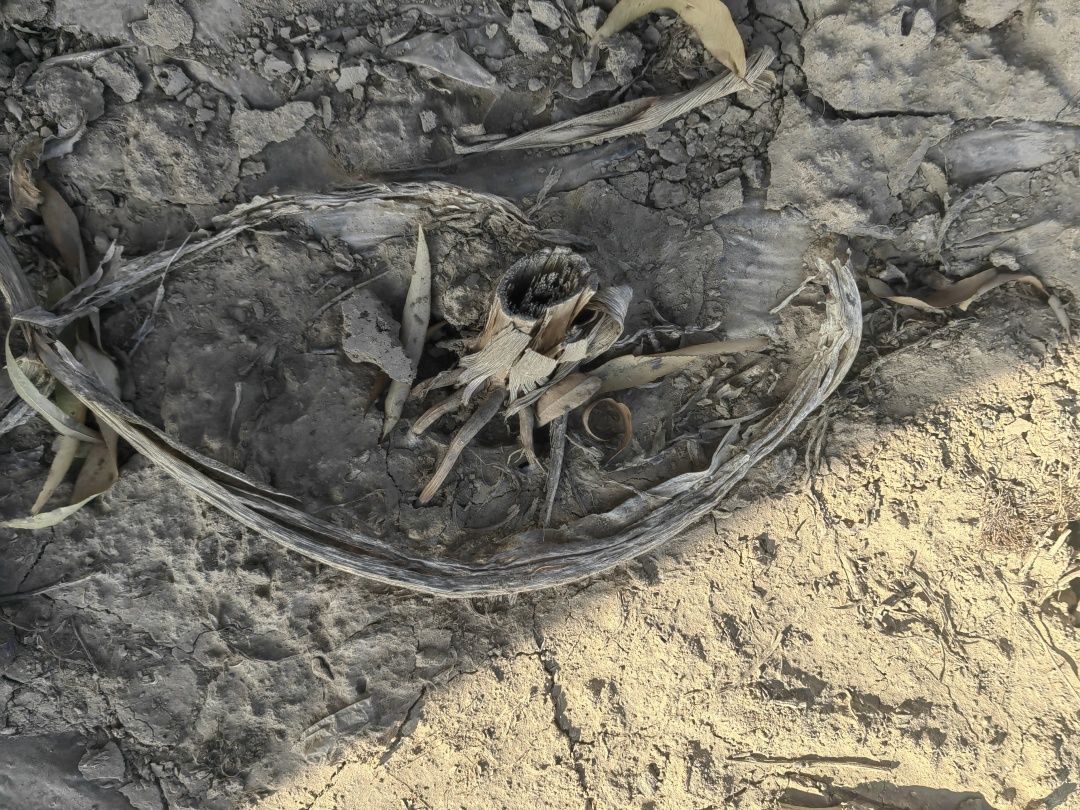 In order to solve the problem of white pollution of mulching film, Starlink Technology has achieved full recovery of mulching film, high value reuse, and higher yield effect than traditional mulching film by using the new technology of ERE, which has won the gold medal of China's invention patent, combined with the new molding equipment, and the new material formula developed by Gaobao film. At the same time, it has established a circular industrial chain of Gaobao film production, application, recovery, cleaning and granulation, and high value reuse.

The cold and dry operation zone in the northwest region is a large area of film use. The industrial layout of Gaobao film recycling industry in the northwest will bring a complete set of solutions to the local problem of residual film pollution. 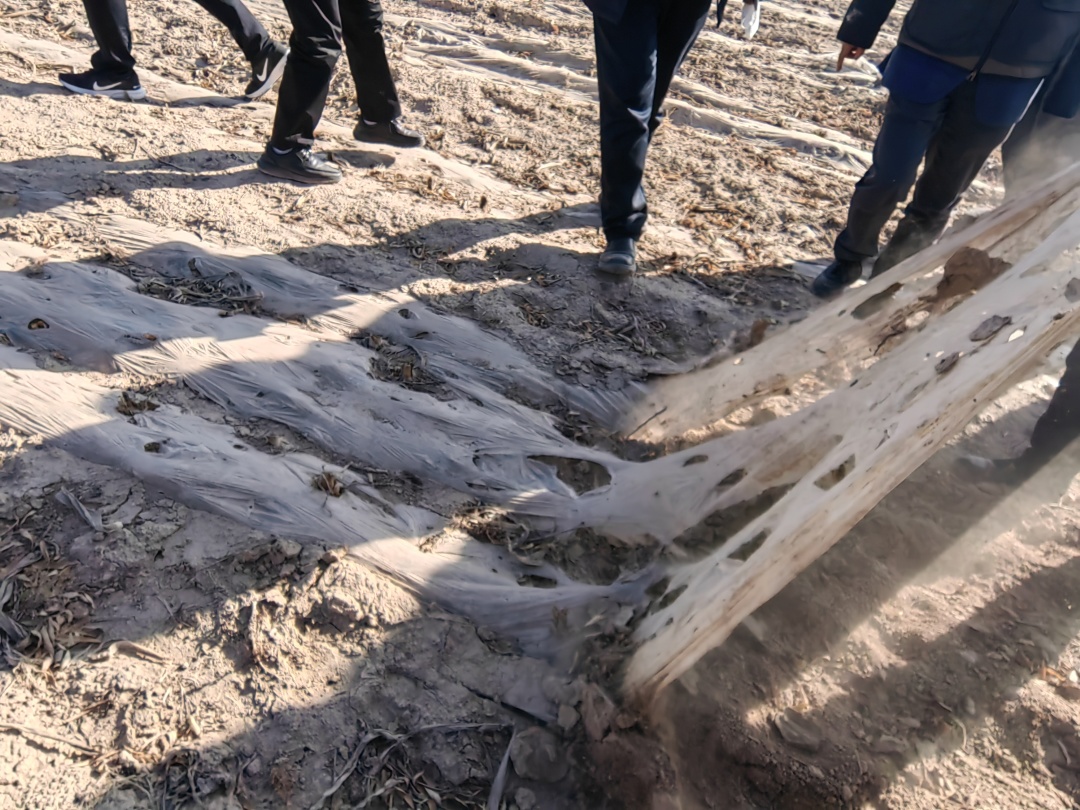 On the evening of January 10, Guo Heli, secretary of the Linxia Prefecture Party Committee, met with Che Zongxian, head of the Guangdong Xinglian Science and Technology Agricultural Film Team and the Gansu Provincial Agricultural Film Pollution Control Expert Group, who came to investigate and study, and the two sides exchanged views on carrying out enterprise-land cooperation. 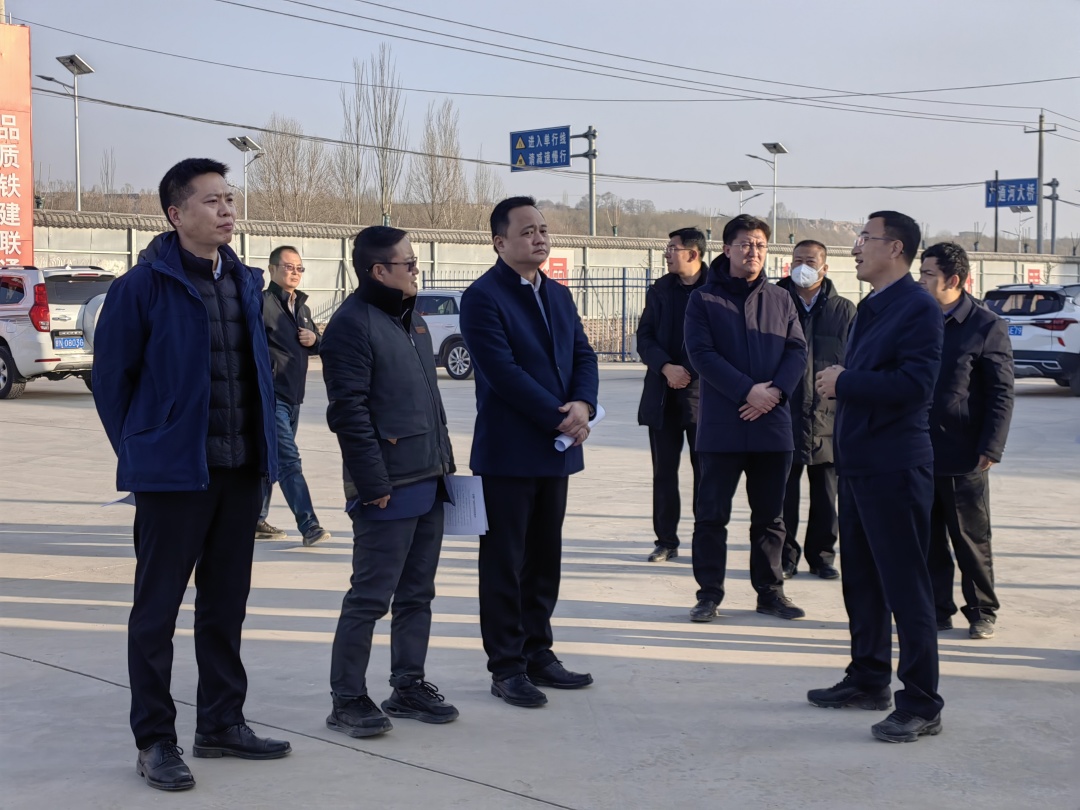 Guo Heli welcomed Zhang Weiming and his party.   In the practice of poverty alleviation development, we insist on developing agriculture with industrialization thinking, deploy and carry out the battle of agricultural industrial structure adjustment, vigorously promote the construction of modern agricultural parks, the introduction and cultivation of leading enterprises and the processing of agricultural special products, and initially establish the special industrial development system of "cattle, sheep, vegetables, fruits, potatoes, fungi and flowers", which has laid a solid foundation for consolidating and expanding the achievements of poverty alleviation and promoting rural revitalization. At the same time, we have carried out the renovation of rural residential environment, strengthened the treatment of non-point source pollution and the treatment of garbage and sewage, and created a new picture of the beautiful countryside with blue sky, green trees, red roofs and white walls. 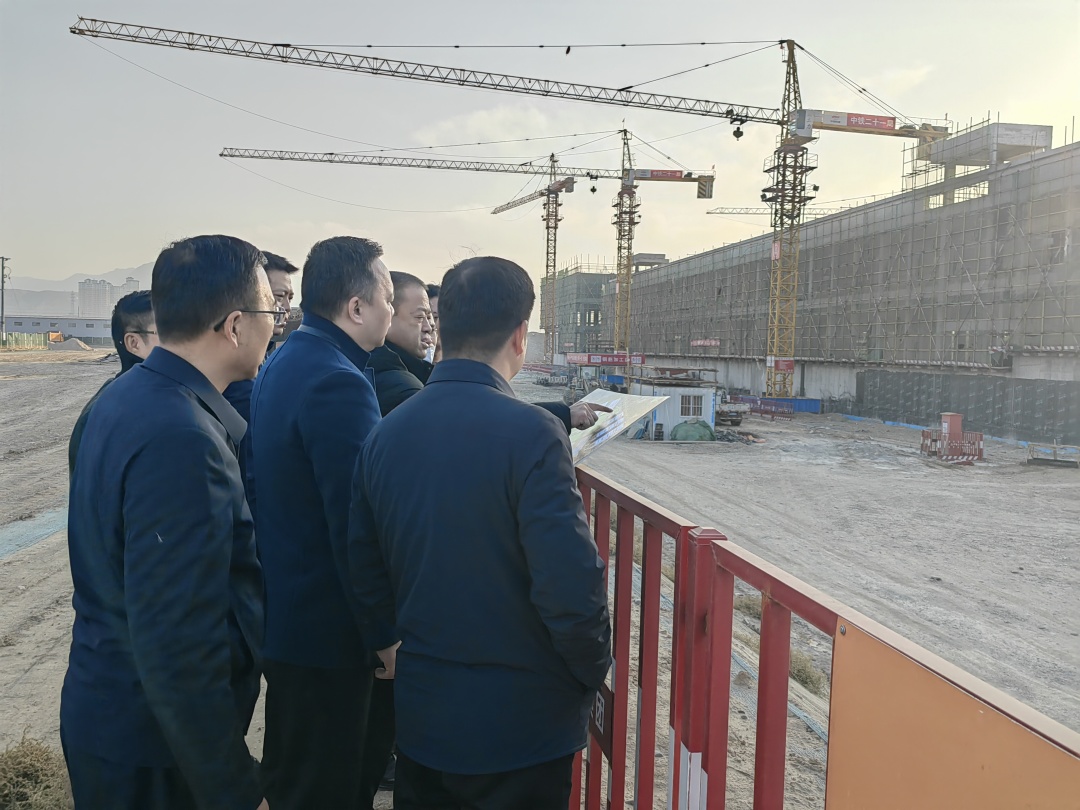 Guo Heli said that Guangdong Xinglian Technology Agricultural Film Co., Ltd. has strong strength, advanced technology and high-quality resources. Both sides have carried out mutual visits and reached many consensus. The company made a special trip to our state to investigate and expressed strong cooperation sincerity and willingness. Since this year, we have put forward the unique advantages of "Ten Linxia" and the rare opportunities of "Ten Linxia". The whole state is making efforts to promote agricultural modernization, intelligence and large-scale development according to the arrangements and arrangements of building "five districts", building "six Linxia", and expanding "five ten-billion-level industries", which also provides favorable conditions and opens up broad space for deepening the cooperation between enterprises and regions. It is hoped that Guangdong Xinglian Technology Agricultural Film Co., Ltd. and Linxia Prefecture will establish a frequent exchange mechanism, organize expert teams to carry out in-depth research, seek cooperation points in more areas, reach cooperation agreements as soon as possible, promote the implementation of cooperation projects, and achieve mutual benefit and win-win development. 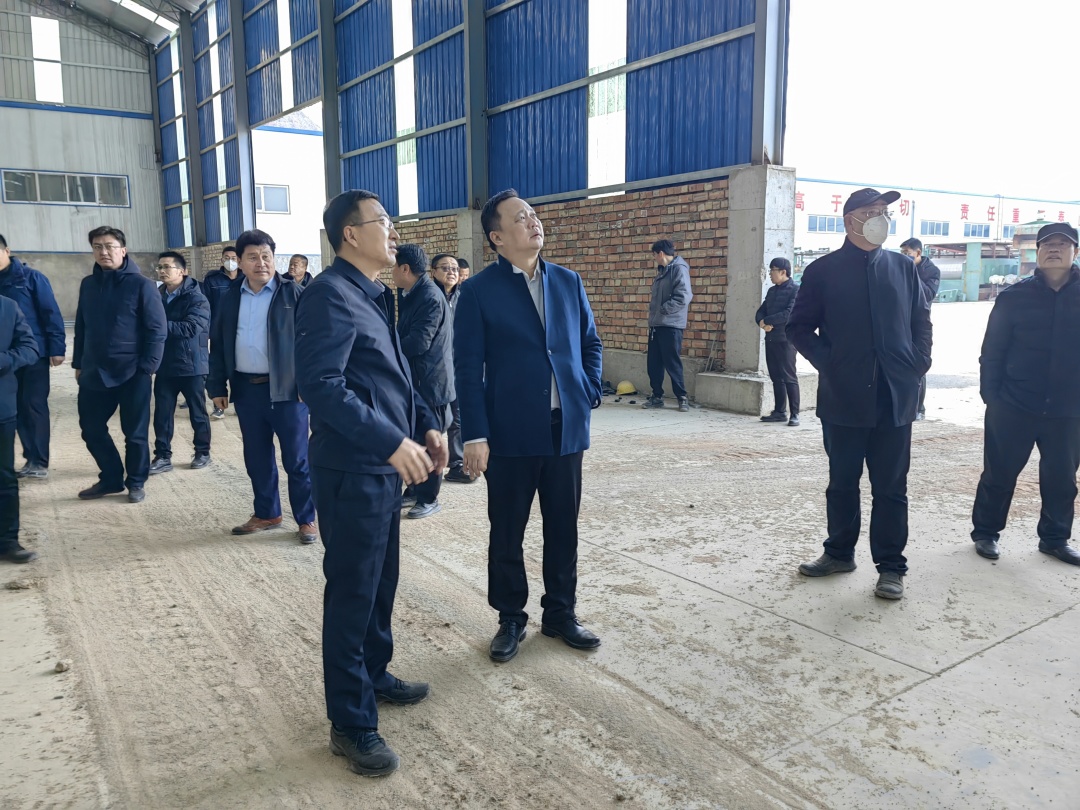 Zhang Weiming said that through this investigation and research, we have a new understanding of Linxia's profound history, splendid culture, resource endowment and characteristic advantages, and we have a real sense of Linxia's good foundation and huge development potential in agricultural industry. We have a real sense of the superior investment and development environment, and we are full of expectation and confidence in the prospects of cooperation between the two sides. The company will give full play to the advantages of resources, technology and talents, actively strengthen communication and docking, actively carry out practical cooperation, plan and implement cooperation projects, and promote substantive progress in enterprise-local cooperation. At the same time, the Chamber of Commerce will actively play its role as a bridge and link, contact enterprises, coordinate docking, widely promote Linxia's resource endowment and development advantages, help introduce more enterprises to carry out negotiation and cooperation, and make positive contributions to the revitalization and high-quality development of Linxia's rural areas.