Yesterday morning, the 5th National Commendation Conference for Outstanding Builders of Socialism with Chinese Characteristics for Non-public Economic Personnel was held in Beijing. Zhang Weiming, chairman of Siiico Technology Co., Ltd., was awarded the title of "Outstanding Builder of Socialism with Chinese Characteristics" and is the only entrepreneur in Foshan to be commended. 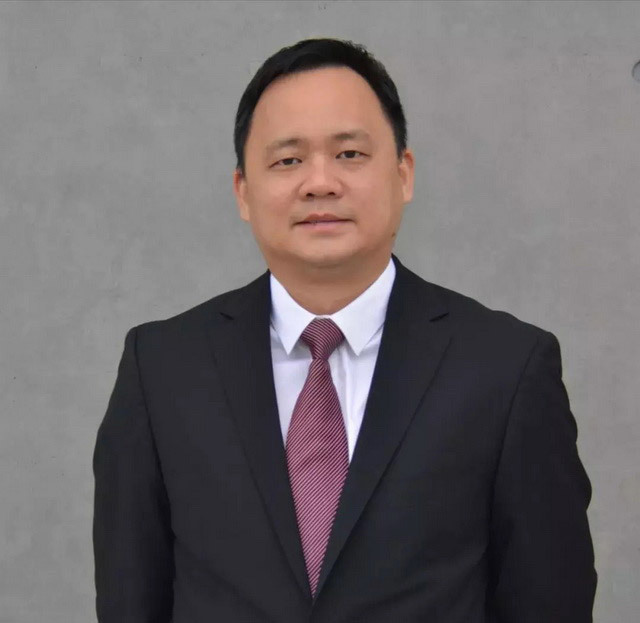 Zhang Weiming is the only recognized entrepreneur in Foshan

On the morning of August 29, the 5th National Commendation Conference for Outstanding Builders of Socialism with Chinese Characteristics for Non-public Economic Persons was held in Beijing. Wang Yang, member of the Standing Committee of the Political Bureau of the CPC Central Committee and chairman of the National Committee of the Chinese People's Political Consultative Conference, attended the conference and delivered a speech. He emphasized that it is necessary to hold high the great banner of Xi Jinping Thought on Socialism with Chinese Characteristics for a New Era, unswervingly adhere to the basic economic system, vigorously carry forward the spirit of outstanding builders, and continuously promote the healthy development of the non-public economy and the healthy growth of people in the non-public economy. The Chinese dream of great rejuvenation gathers great power. 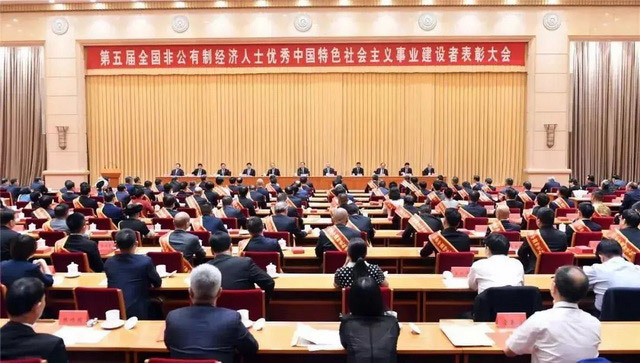 The commendation meeting was jointly organized by the United Front Work Department of the Central Committee, the Ministry of Industry and Information Technology, the Ministry of Human Resources and Social Security, the State Administration for Market Regulation and the All-China Federation of Industry and Commerce. Among them, Zhang Weiming, chairman of Guangdong Starlink Technology Co., Ltd., and TCL Li Dongsheng, BYD Wang Chuanfu, Huaxun Ark Wu Guangsheng, etc. Zhang Weiming, chairman of Siiico Technology Co., Ltd., is the representative of Guangdong small and micro technology growth enterprises and the only entrepreneur in Foshan to be commended.

As the only commended entrepreneur in Foshan, Zhang Weiming said that 100 non-public businessmen from across the country received the commendation in Beijing, which fully demonstrated the central government's affirmation, support and expectation for the private economy. The commendation is both an honor and a responsibility. Work hard and devote your strength to the great changes unseen in a century. 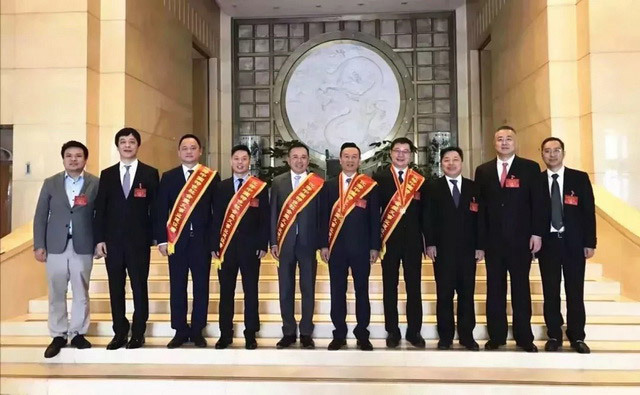 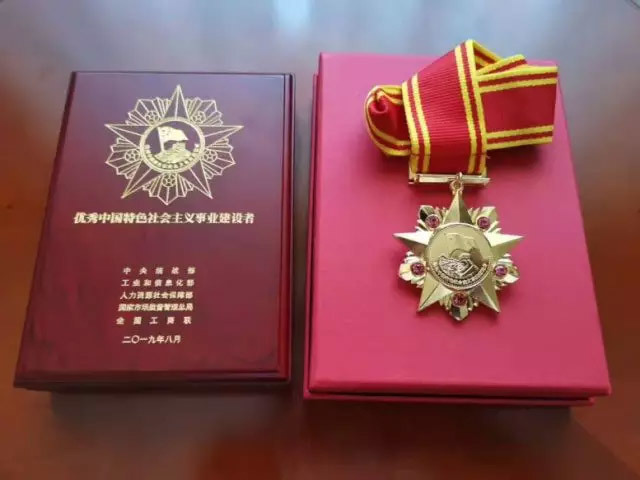 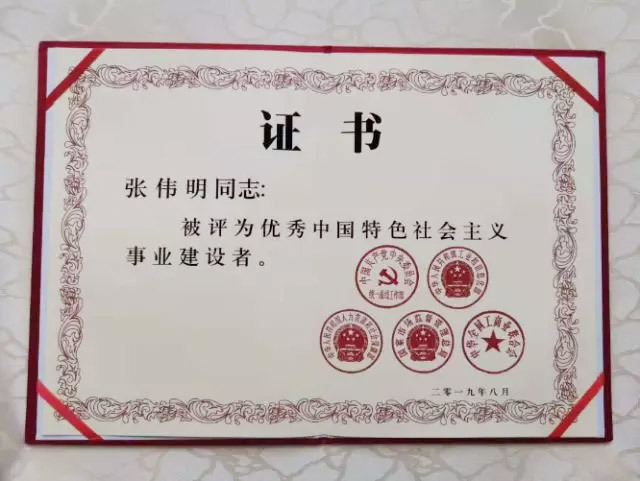 Holding hands with academicians for the second entrepreneurship, the courage to create and try revolutionary technologies

During his 23 years as the general manager of Guangdong Xinglian Precision Machinery Co., Ltd., Zhang Weiming has always insisted on focusing on mold development and plastic processing equipment research and development, leading Xinglian to develop from a small-scale mold factory to an output value of over 100 million yuan and an average annual tax payment of over 1,000. 10,000 yuan national key high-tech enterprises.

Zhang Weiming has been deeply involved in the research and development of PET molds and plastic machinery for many years. He knows that ordinary plastic processing has already reached the bottleneck, and a fundamental innovation must be made to make breakthroughs. With a keen sense of the industry, he learned by chance that the patented technology of "the method and equipment for plasticizing and conveying polymer materials based on extensional rheology" invented by Qu Jinping, an academician of the Chinese Academy of Engineering, subverts the traditional shear rheology. The principle of extensional rheology effectively solves the bottleneck problems caused by traditional technology such as difficult processing and high energy consumption.

In 2015, Zhang Weiming successfully obtained the exclusive license for the patented technology of "The Method and Equipment for Plasticizing and Conveying Polymer Materials Based on Extensional Rheology", which Academician Qu won the China Patent Gold Award and the Second Prize of National Technological Invention Award. He introduced the academician R&D team and founded Siiico Technology Co., Ltd. is committed to the industrialization of this patented technology. After more than three years, the company applied the principle of extensional rheological plasticization and transportation processing technology, directly crossed the foreign technical barriers, and developed "ERE polymer extensional rheological extrusion equipment".

No matter how cutting-edge technology is, it also needs to have application scenarios, and the industrialization of cutting-edge technology has always attracted much attention. From 2017 to 2018, the company cooperated with the Xinjiang Academy of Agricultural and Reclamation Sciences to develop a "high-strength recyclable agricultural mulch" using extensional rheology technology, which was successfully applied to the cotton experimental field in Xinjiang. Two batches of cotton in two years, the plastic film in the test field was recovered by manual or mechanical operation, and the recovery rate was close to 100% for both times, which successfully solved the problem of land pollution caused by waste plastic film. In addition, the use of ERE can also replace 60%-70% of plastic raw materials with plant fibers, such as discarded traditional Chinese medicine dregs, bagasse and straw, etc., which can not only greatly reduce the use of plastics, reduce "white pollution", but also can Realize the effective use of waste resources without sorting. In addition, the company has also reached cooperation with China Aerospace Corporation, Sinopec, Hengtong Group, Kingfa Technology and other companies to carry out relevant product landing research according to the characteristics of the enterprise.

Focusing on the application and development of ERE technology, the company has cooperated deeply with the National Engineering Research Center for New Polymer Molding Equipment of South China University of Technology, constantly looking for other companies that need ERE technology, and trying to build a closed-loop chain of "R&D-manufacturing-testing" to provide other Cooperative enterprise services, solve other enterprises' full-service problems in the development of new production materials research and development and technological upgrading, so as to improve the research and development efficiency of other enterprises, and form an ERE industrial cluster incubation. The application of ERE technology brings more room for imagination. The company plans to build an ERE industrial cluster incubation park covering an area of ​​about 50 acres next to the Nanhai Sanshan Science and Technology Creative Industry Center, and build "three centers and four platforms" as the industrial cluster. The project will officially start construction in October 2019. The completion of the project will drive the output value of related industries to nearly 100 billion.